It has been reported that Germany’s football stars are on massive money to win the World Cup next summer. 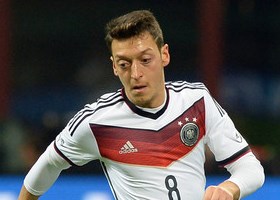 It is said that Arsenal’s Mesut Ozil, Lukas Podolski and Per Mertesacker will take home £250,000 if Germany win the World Cup.

The German Football Federation have laid down a plan to reward their big names in Brazil.

Captain Philipp Lahm and the rest of the players – including Chelsea’s Andre Schurrle – quickly agreed to the same incentive scheme that was in place for last year’s European Championship in Poland and Ukraine.

“And if they’re successful there, it should also be rewarded accordingly.”