Reports are out claiming that Jack Wilshere has an un-English style of playing according to Barcelona legend Xavi. 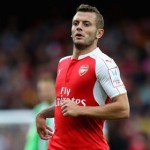 Xavi came up against the midfielder for Barcelona in the Champions League and speaking to Sport Magazine Xavi described his playing style as more synonymous with a different European nation.

Wilshere has been injured for much of the season so far, but Xavi was quick to stress his importance to both Arsenal and England.

“If he gets going and a bit of continuity as well, he may make the difference for both Arsenal and the English national team. He is a different kind of English player.”

“Even though he has been nourished in a physical type of football, he is really talented, gifted for passing and he does not give the ball away. He does not seem to be English!”