Reports are out claiming that Arsenal midfielder Mesut Ozil is backing Bastian Schweinsteiger for success with Manchester United. 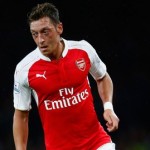 However the German international warns Basti will need time to settle.

“The drastic interim judgement in [the] English press is not fair towards him,” Ozil told Sport 1.

“He certainly needs some adjustment to the Premier League. Just allow him a bit of time.

“Basti has shown the whole world at the World Cup what a leader he is, most of all in the final.

“Whenever the English media writes about Bastian, they put a World Cup, winner before his name. He’s now the German world champion, who should make the difference for United.”