It has been reported that Arsene Wenger has blasted the media for ‘brainwashing’ fans over his transfer plans. 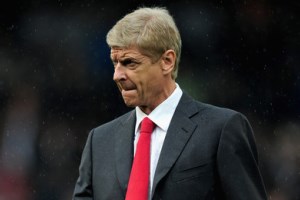 The Arsenal boss was delighted after back-to-back wins last week.

The Frenchman said : “Look, we have lost one game since the beginning of March,”.

“That’s why losing to Villa was a shock. But we have beaten Bayern Munich in the Champions League. We won at Fenerbahce.

“It is just like that at the moment. The Emirates has been brainwashed a little bit, maybe rightly so, I don’t know. Because we haven’t won trophies for years everything is negative.

“It’s about news. People always want news. We live in a world which is very interesting but very excessive. When people are not loyal, you are critical. When people are loyal, you say they have been there too long. It’s always excessive reaction. The people in charge need to keep their distance from that more than ever.

“But we have to live with that and focus. Being responsible is to do things you think are right and not to react to things people say.

“If you always listen to what people say, you can go one way in five minutes and then 10 minutes later you go the other way.

“When you have responsibilities you have to focus on making the right decisions and if they are not right you say, “Sorry, I’m wrong’.”