It has been reported that Arsene Wenger remains convinced that Arsenal are at the same “level” as Bayern Munich. 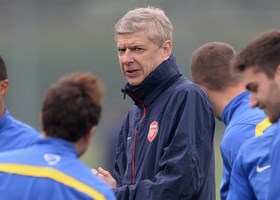 Bayern bundled the Gunners out of the Champions League this week.

“We played 1-1 away, on the night I must say we didn’t create enough chances to win with two goals difference but we played against a good side that is top in Europe at the moment. I still feel we needed everything to go for us in the two games to go through.” We Were Too Sure Of Ourselves – Arsenal Boss Arsene Wenger