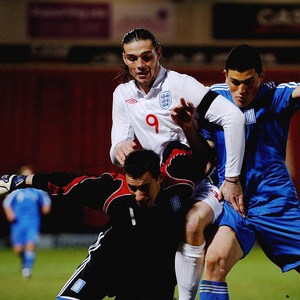 Arsenal boss Arsene Wenger has revealed that he is a huge admirer of Newcastle United striker Andy Carroll.

It is said that the French tactician believes that the Endlang ace can cope with the expectation that comes with wearing the Newcastle No 9 shirt.

Wenger said : “On the pitch he has a presence and a charisma,”.

“This guy is just scared of nothing and that’s why I believe he has special charisma. It looks like he can [carry the weight on his shoulders].

“You just think there is something there for him from watching from the outside.”

Jack Wilshere Happy To Play Out Of Position For Arsenal