Reports are out claiming that Arsenal boss Arsene Wenger admits he was angry when discovering Tottenham striker Harry Kane was a Gunners junior. 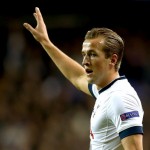 The French tactician admits to having mixed emotions as he prepares his side to face Kane and co at the Emirates for tomorrow’s north London derby.

Wenger said: “He played here when he was a kid. I didn’t know about it. I read it in the papers – sometimes you get good information in the papers!

“I found it quite funny, you know, and you are always a bit angry as well because I asked why did he go. But at nine years of age, boys can move here and there.

“Some people move from Tottenham to Arsenal at youth level, because their parents find a different job, and they move somewhere else.”

Kim Kallstrom To Return For Arsenal Ahead Of Schedule