Arsene Wenger insists Arsenal have had a tough run to the FA Cup semifinals. 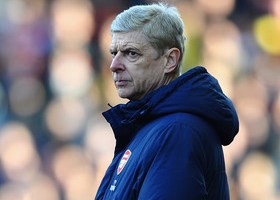 Victory over Everton was a fourth home draw of the competition for Arsenal, but their third against Barclays Premier League opposition.

“People have questioned our desire to do well in the FA Cup many times, but we are in the semi-final now and from our performance on Saturday, you can see we really want it,” Wenger said.

“We took this competition seriously. Since the start of this competition it is true that we had a good draw in the fact that we played all the games at home, which is the first time [that this has happened] since I played in the FA Cup.

“But, on the other hand, we played difficult opponents – Tottenham, Liverpool, Everton and that shows you that we have taken this competition seriously.”