Reports are out claiming that Arsene Wenger is tightlipped on his January market plans. 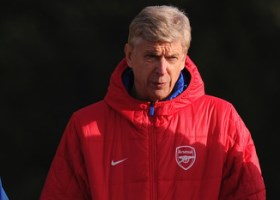 The Arsenal boss insists he is not opposed to strengthening his squad in January, but says it is often more difficult than people realise.

“I am not against it,” he said. “I don’t say that I never make a mistake – I have certainly made some. Sometimes it is because we didn’t sign the right player.

“It is always difficult in the middle of the season. If somebody is doing well somewhere, the clubs do not necessarily want to sell him. They can wait until the end of the season. Most of the time [we haven’t signed someone] it is because we didn’t find them.”