Arsenal boss Arsene Wenger has declared that his side is ready for revenge against Chelsea this weekend. 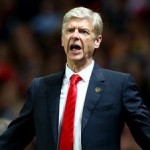 The Gunners were demoralized 6-0 by Jose Mourinho’s Blues at Stamford Bridge in this fixture last season and the Frenchman is determined to put things right this time around.

The Frenchman has described the loss as the worst during his time at Arsenal – even worse than the 8-2 humiliation against Manchester United in 2011 – and is eager to right the wrongs of a disastrous outing in London’s west last term.

“It was a massive, massive disappointment. It was the lowest point of the season,” said Wenger.

“When we lost 8-2 at Old Trafford, we had no team on the day, we had nobody at the back – so that was explainable.

“The players will want to put things right after last season and will be up for it on the day. I will never forget that day, but was very proud with how we responded.