Arsene Wenger has admitted that Arsenal put their title credentials on the line tonight against Chelsea. 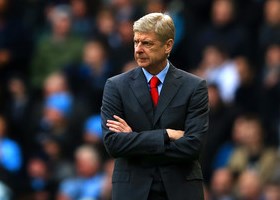 The Gunners will drop to fourth if they lose.

“Is this the moment to prove our doubters wrong? Yes,” said the Arsenal manager emphatically.

“We know we can drop to fourth and that adds pressure but you cannot play in the Premier League without pressure.

“There are periods where the pressure is a bit bigger and periods where it is smaller. You have to live with that and resist that kind of stress.” AS Monaco Willing To Recall Radamel Falcao Back From Chelsea