Arsenal manager Arsene Wenger has admitted that his attacking players are still lacking a little polish up front. 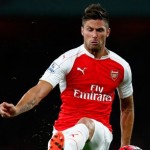 The Gunners again failed to score at home in their 0-0 draw with Liverpool at the Emirates on Monday night, prompting Wenger to suggest that the likes of Alexis Sanchez and Olivier Giroud were below their best.

“The sharpness is missing a little bit in some players,” the Frenchman admitted.

“I would like to give credit to Liverpool as well. They defended well, they were quick to close us down and we had problems getting out of position.

“With the domination we had in the second half, as long as you don’t score the first goal, the team doesn’t come out.

“We had the chances but we are still missing a little bit of a spontaneous attitude to finish what we start well.”

The draw has Arsenal sitting in ninth position having lost to West Ham United on opening weekend before beating Crystal Palace away last weekend.