Arsenal boss Arsene Wenger has admitted that its a battle to find room for captain Thomas Vermaelen. 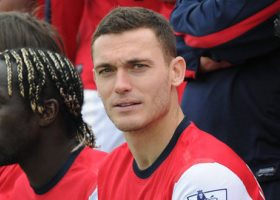 The 27 year old Belgium international has sat on the bench for every Premier League game since his return from injury, although he did lead Arsenal to a dramatic Capital One Cup win at West Bromwich Albion.

“Vermaelen is my captain so I rate him but it’s difficult to change the current pair,” Wenger told arsenal.com.

“That is the job of the players, to compete. We are in a job where you have to be ready when you are needed.”