It has been reported that Arsene Wenger was left to reflect on how injuries had played their part in Arsenalfalling out of the title race. 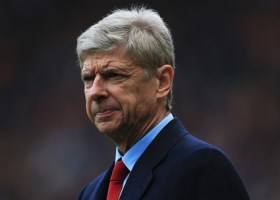 Liverpool now appear champions-elect and while Wenger praised their performances, he insisted things could have been different.

The Frenchman said: “The table is very close. Liverpool have played very well in the second part of the season and I wouldn’t like to take anything away from them, but they had (the advantage) that they could focus completely on the Premiership.

“If you look at the injuries, the players we missed plus the schedule we had, it was much heavier than Liverpool.

“We lost (Theo) Walcott on an accident, we lost Ozil – we haven’t really found why – Ramsey, maybe we overplayed him a little bit and should have rested him before he was injured.”