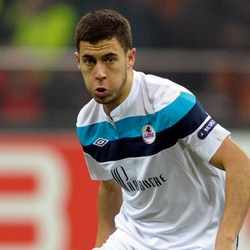 Arsene Wenger has admitted that he is keen on Lille star Eden Hazard.

However the Arsenal boss will need to sell to raise the necessary funds to land the Belgian.

Wenger sold Samir Nasri and Cesc Fabregas I the summer for huge profits, raking in a combined £60m for the pair said: “I really like him (Hazard) and, for several reasons.

“It’s his creative power, his ability to mis-align the opponent, his vision of the game and his consummate skill to address the last pass which make him a very interesting player. ”

“You should know that each season, it is imperative to show a profit of between fifteen and twenty million pounds. I would add that the purpose of a coach is to always buy at a price he sees fit.”