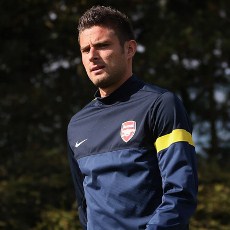 The Arsenal boss revealed Giroud’s confidence is shot after missing three key chances against Sunderland, Liverpool and, most notably, Chelsea.

He admitted: “Olivier is upset.

“I told him not to worry but a striker who does not score, does not really listen to you.

“They run it through their minds over and over again.

“Once the first goes in, maybe the rest will follow.” Ramsey Wants Arsenal To Improve Away Record Against Big Teams Arsene Wenger Admits Arsenal Job Not His Last In Football