Arsene Wenger has revealed that Robert Pires will be working with Arsenal’s young players this season. 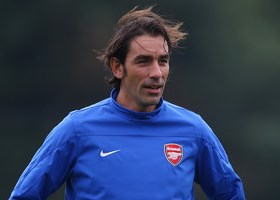 The Gunners legend was named as an ambassador for The Arsenal Foundation last season and has been training at London Colney in recent weeks.

Wenger said : “He is still very fit and a great player and we are always happy to have him in training but he just occasionally comes in to practice,”.