It has been revealed that Arsenal boss Arsene Wenger has hinted at shopping in Germany for any January signings. 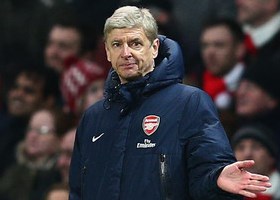 Schalke youngster Julian Draxler has been linked with the Gunners this month.

Wenger said: “The transfer period last until the 31st of January, but are we close to signing anyone at the moment I would say no.

“At the moment the quality is produced in Germany, we are of course interested in where the talent is and good education of the player is. Germany produces top level players.”