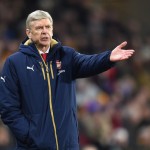 Reports have emerged claiming that Arsenal manager Arsene Wenger has angrily claimed that the North London club is always ‘in the middle of a drama’.

The French tactician was responding to the media’s questions following the North London club’s 2-1 FA Cup defeat to Watford.

Wenger has faced strong criticism from club fans in the aftermath of recent results, but he labelled the current situation as ‘farce’.

“We have come to the end of a very, very long run in the FA Cup, so it is very sad, but we want now to focus on the next game,” he said.

“You are always in ‘the middle of a drama. It is becoming a farce. We have lost a game. We are sad and we want to focus on the next game.

“Observers are not supporters. Supporters stand behind the club and we want to fight until the end of the season for every single game. That is what we did.”