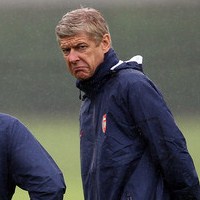 Arsene Wenger insists that Arsenal can still win the title this season.

The French tactician claims that no team has won the league after just nine games and insists his side has the ability to be a title contender.

“Fourth [place] is the minimum target inside the club,” Wenger said.

“We are far away from Manchester City so we have to get back in touch to fight for the title.

“What’s important for us at the moment is to get back into a fighting position. Who would write off the title after nine games? We have to be realistic though, we are not in contention but there’s only nine games played. Wojciech Szczesny Not Panicking Over The Arrival Of David Ospina