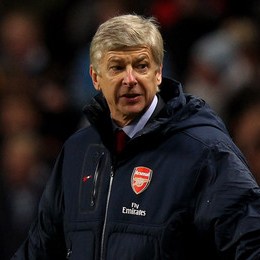 Despite missing a number of full-backs and having to mix and match his back four recently, Arsene Wenger feels the Arsenal defence is stable.

The Gunners have used a makeshift back four in recent games with central defenders Thomas Vermaelen, Per Mertesacker, Laurent Koscielny and Johan Djourou turning out at in the back third whilst defensive midfielder Francis Coquelin was used at right-back in the 2-1 win at Aston Villa last night.

Injuries to the likes of Bacary Sagna, Kieran Gibbs, Carl Jenkinson and Andre Santos has forced Wenger into this scenario but he is happy with the outcome of conceding just three goals in their past five league outings.

“”We are stable defensively,” Wenger told the club’s official website. ”

“Our defensive record since the 8-2 defeat at Manchester United (in late August) has improved tremendously and you could see that again today.

“In the first half we were dominating well but even in the second half when we were under pressure we still kept our shape.

“We got away with one or two difficult situations but there is an improvement there.”