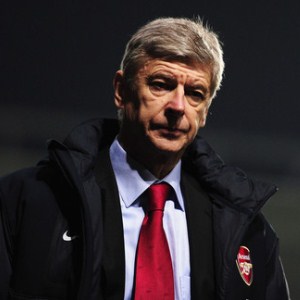 Arsene Wenger has admitted that Chelsea did them a favour beating Manchester United on Tuesday.

Wenger told arsenal.com: “For us it keeps us even better in the race. I felt that anyway no matter what happened last night, if it was a draw, it would have been good as well. But it just depends on us, it is down to our results and I have said that for a long, long time. It depends how consistent we will be with our results, that will decide the championship.

“No [I don’t look at the fixtures], I know we play Man United at home and we will see where we stand when we play against them.

“What is important now is for us to be strong at home, I have said that since December. We dropped points at home at the start of the season and since November we have been consistent at home. That will be vital for us.”