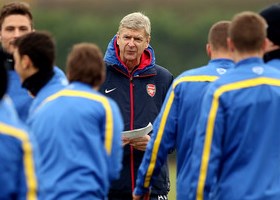 The Daily Mirror has reported that Arsene Wenger and his Arsenal players have been put under a security lockdown in Napoli amid major safety fears ahead of their Champions League game.

It is said that members of the Gunners party will not be allowed to leave their hotel unaccompanied because of the Serie A side’s notorious ultras, who attacked a pie shop in the return fixture at the Emirates and were involved in a riot in their last group match against Marseille.

Edinson Cavani : We Are Ready To Take On Chelsea!