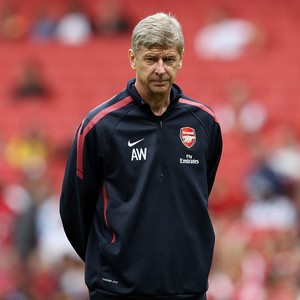 Interesting news are out and it has been reported that Arsenal manager Arsene Wenger has urged players and fans alike to be confident that his young side can finally deliver this season.

The Gunners open their quest for a first Premier League title since 2004 at Liverpool on Sunday.

However, as he enters what could be his last season in charge at the Emirates Stadium the French coach maintains the current crop have what it takes to get ahead of Chelsea and Manchester United.

“I believe we have a good chance. The most important thing is that we have that belief,” Wenger said.

“We finished third last season, so we have two stairs to climb and I am confident that we can do it.”