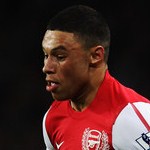 The French tactician sees no reason why with more games under his belt, the powerful attacking midfielder, who has already played in the Champions League, should not follow team-mate Theo Walcott into contention for Fabio Capello’s squad in Poland and Ukraine.

“You cannot rule it out and it is not because you are young that you cannot play. We will see in the next three months and if he does well, why not?” said Wenger. ”

“We live in a world of immediacy. I would not have expected him to be so mature in September because he still looked like a boy. Now suddenly he looks like he can take pressure and that he has the personality to produce under pressure.

“But he has only really played one game at the top, so let’s see how well he does.”

Mikel Arteta : My Best Is Yet To Come!