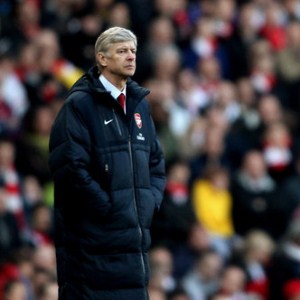 Arsenal boss Arsene Wenger refuses to rule Chelsea out of the title race.

Blues manager Carlo Ancelotti has declared that a top four finish is now the priority for the reigning Premier League champions.

The French tactician said : “I would say no [they are not out of it], because Chelsea plays Man United twice,”.

“If they want to challenge for the title, I still believe they have the quality to do it. They are in a position where they need to beat Manchester United twice or at least make one draw and beat them once – minimum.

“They are not completely out. They look to me that they are on their way back, but they cannot drop many more points now.”