It has been reported that Arsene Wenger was left to rue what might have been as his Arsenal side lost 2-1 at home to Southampton on Tuesday night. 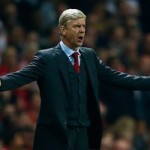 The Gunners squandered an early lead at the Emirates Stadium to eventually go down to the Saints in the third round of the Capital One Cup which deeply disappointed their expectant manager.

Alexis Sanchez opened the scoring with a lovely 25-yard free-kick in the 14th minute before the Gunners conceded a penalty when Sadio Mane was brought down by Tomas Rosicky.

Dusan Tadic stepped up to convert for the visitors before Nathaniel Clyne powered home from 30 yards in the 40th minute to give Ronald Koeman’s side the victory over an error-prone Arsenal outfit.

Wenger said: “It’s disappointing because we had a good start and we made two unneeded errors on the two goals – and big ones.

“We lacked a bit of experience at the back, but overall they did well. We gave a lot and it’s frustrating not to be able to score in the second half.

“When you look at the amount of possession we had, we have to give credit to Southampton, they played well and were well organised.

“They abused a bit the fouls in the middle of the park, but they are a good side and they played well tonight. Overall it is frustrating because we gave a lot.” Mohamed Elneny Urging Arsenal To Focus On The Premier League Wojciech Szczesny Happy Arsenal Could Sign Off With Win