It has been revealed that Napoli coach Rafa Benitez has taken a dig at Chelsea boss Jose Mourinho by claiming Arsene Wenger the best coach in the Premier League. 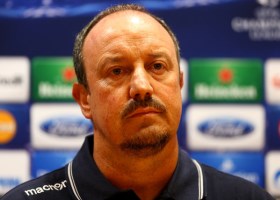 Napoli will take on Wenger’s Arsenal in the Champions League this week.

“I am expecting a strong team because I think Arsene Wenger is the best coach in the Premier League,” said Benitez.

“They have signed good players, at this point everything going well for them. Wenger is a great manager, a great person, someone who knows the league in England.

“He has experience in Europe, Arsenal are always top four and he is doing great job.

“Hopefully he can win [the Champions League], but another year, not this one.”