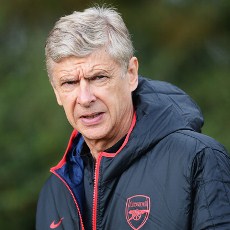 The Arsenal boss is said to be frustrated with Diaby’s latest injury and accused the French federation of failing to heed his warning over the player.

He has revealed the France international now faces three weeks on the sidelines with a thigh strain, which has frustrated the Arsenal boss.

Wenger apportioned some of that blame to his handling by the French national team, claiming he was called up too soon when he played against Finland last month.

“I said many times that if France wanted Diaby in Spain (for the World Cup qualifier on October 16) they should not take him for (the qualifiers against) Finland and Belarus,” he said.

“They could have taken him but not played him because the guy has been out for a year, played four or five games.

“You have a breather, give him two weeks to recover completely. I think it was a mistake to play him with the French national team.”