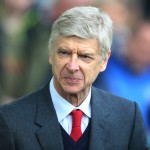 Reports are out claiming that Arsenal boss Arsene Wenger believes their title chances are still alive.

The Gunners thumped Watford 4-0 on Saturday.

“To go on a later run, you need to find a team who clicks at the right moment, said,” Wenger. “(For that) Sometimes you have all kinds of reasons: because your injured players come back like [Danny] Welbeck, because of the emergence of some players like [Alex] Iwobi.

“We played at Wimbledon and the electricity went off, the game was cancelled and we won when it was replayed, we won at Man United, and suddenly everybody thought it was possible. ‘Unfortunately this time we have to fight with two teams. But before we speak about that we have to show we can sustain a strong run.

“I feel the technical quality of our game and the pace of our game is good. That’s a good basis.

“We have to be realistic and just prepare for the next game and not dream too much. We have suffered recently and that will help us to keep the focus.”