It has been reported that Arsenal boss Arsene Wenger is adamant they can win the Premier League this season. 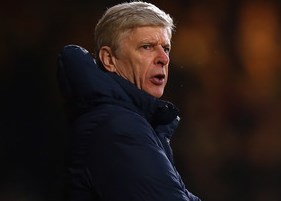 After victory over Crystal Palace, it was put to Wenger last night that no one outside of Arsenal expects them to win the title.

“In the last seven years you have engraved that in your brain,” he said.

“It’s hard to get out now. We haven’t done it for a while. I must say we face quality competitors. We do not play against average teams. City have scored over 100 goals, so everyone thinks ‘can you beat this team?’ I say yes. It’s now how we finish the season.”