Arsenal boss Arsene Wenger has revealed that beating Bayern Munich in the Champions League tonight would be his greatest achievement in Europe. 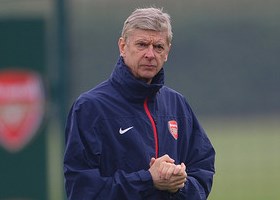 No team has ever come back from a two-goal first home leg deficit in the competition.

The Frenchman said: “Look, the statistics are against us, but we have won 5-1 at Inter Milan, and I would say we have won everywhere in Europe.

“Bayern at the moment has confidence because they are doing well, but we have a great opportunity to do it. I am absolutely confident that mentally we will be ready to play at our best.

“We want to produce a top level performance and we will focus on that. I think to make it possible is to turn up with quality and belief and that is what we will do.

“We have done it before, so of course we know we can do it because we have done it. That is very important in the belief.

“It is a possible task, that is the most important thing. I believe that my team has quality and ambition. Overall I believe to produce a top level performance, we can do it.”