It has been reported that Arsenal boss Arsene Wenger is confident that they can rekindle the art of winning after a series of frustrating Premier League draws. 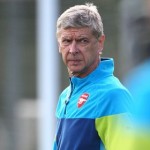 The Gunners are unbeaten in six Premier League games this season but have won just twice, dropping a host of points from winning positions to leave them six behind leaders Chelsea.

Against north London rivals Tottenham on Saturday, Arsenal dominated possession but failed to break down the visitors’ stubborn and resolute rearguard.

Once again, they had to settle for a point after Alex Oxlade-Chamberlain cancelled out Nacer Chadli’s opening goal.

The Frenchman said : “The positive is that we are unbeaten, but the negative is that we have missed four points from the quality of the games we have played,”.

“We have to keep that unbeaten record and I think at some stage we will win the games instead of drawing.

“Against Tottenham, we would have won had we not conceded the first goal.”