It has been reported that Arsene Wenger is confident that his players will thrive in the atmosphere at Champions League opponents Napoli. 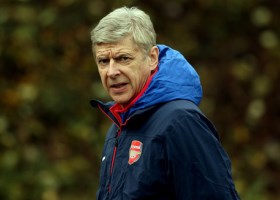 The Arsenal boss expects his men not to be overawed by the hot reception which awaits them, having already produced smash-and-grab raids at equally intimidating away venues earlier in this current Champions League campaign.

The Frenchman said : “That is part of the big games, we know how to deal with that because we have that everywhere in Europe,”.

“When you go from Fenerbahce to Dortmund, you are used to these kind of atmospheres.” Francis Coquelin Does Not Regret Career Path At Arsenal