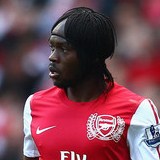 Arsene Wenger feels that Gervinho has learned from the last time they faced Newcastle United.

Gervinho’s second-half dismissal came moments after he had a penalty claim turned down in that 0-0 draw at St. James’ Park and the summer signing was forced to sit out the next three Premier League games.

“At Newcastle, he had a bad response to provocation from Barton,” recalled Wenger.

“He was shocked because he felt he didn’t do a lot. But I think he learned his lesson in the first game and it’s better than [learning] after 20 [games].

“It’s better to know what you are facing [in a new league],” added Wenger.

“If you want to play abroad and work abroad then you have to adapt to the local culture.” Wenger unhappy at ‘lack of creativity’ at Southampton