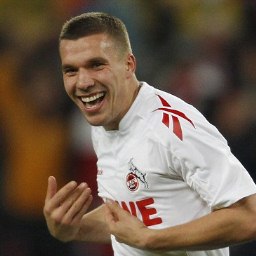 The Arsenal boss has cooled his pursuit this month following the loan of New York Red Bulls ace Thierry Henry, but will push for a deal in June.

Podolski is now inside the final two years of his Cologne deal and watched regularly this season by Gunners chief scout Steve Rowley.

Wenger is convinced he can do business for £8 million.