Reports are out claiming that Arsenal boss Arsene Wenger is confident Jack Wilshere’s injury problems are behind him. 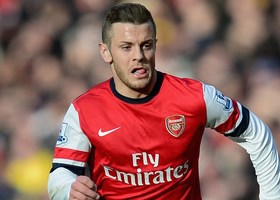 The England international midfielder is now running after recovering from a foot injury.

“He has been stop-start this year and last season,” he said.

“I think we have sorted out the problem and I hope from now on he will be always available.

“I hope he has stabilised now. We have seen with Lionel Messi recently, who is the best player in the world, that being in and out is the most difficult thing to deal with as you need to be competitive and to do that you need to be playing.

“He is a football man, Jack. You speak to him about something in the game and he understands straight away. He has a natural football understanding.

“He watches the game and analyses very well what happens. While they are injured, these players learn, of course. I think he learns from watching the games, from the problems you can face in the game.”