Reports are out claiming that Arsenal boss Arsene Wenger feels a top four finish is nailed on. 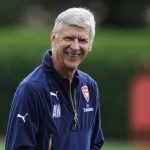 The Gunners are rated as genuine challengers to Chelsea’s crown after spending the last decade as also-rans.

The French tactician said: “We had much more pressure before when I knew I had at least to be in the top four and we did not necessarily have the potential to do it.

“The pressure is really on you when you know you are just on the border of achieving what is absolutely requested.

“When you know you cannot miss an inch or you are out. That is much more difficult.” Arsenal Goalkeeper Wojciech Szczesny Eager To Get Started With Roma