Reports are out claiming that Arsenal boss Arsene Wenger is convinced Olivier Giroud is returning to his best. 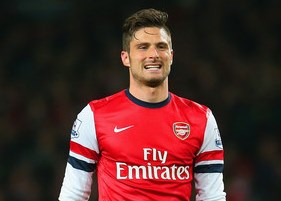 The French international striker has not been at his best in this campaign but Wenger believes the player’s confidence is now on the rise.

The 64 year old said: “Olivier has done well. He has gone – like Mesut Ozil – through a more difficult period recently.

“He is a strong lad, has a strong mentality and is a positive guy.

“He has a great mentality – that’s what I think got him back in the fold.

“He has scored 20 goals and that is a great record, he is working very hard for the team.

“Maybe he has improved his finishing but there is still some room for improvement.”