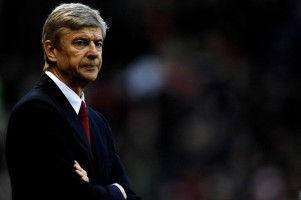 Arsenal boss Arsene Wenger is convinced that League leaders Chelsea will drop points before the end of the season.

However Wenger said that : “You can’t say you give up if Chelsea have to go to Liverpool, and to Tottenham. Anything can happen.

“If Manchester United want to give up, we have no problem with it – but I don’t think they will.”


Bendtner : We Can Beat Barcelona