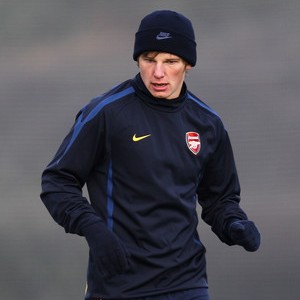 According to Arsenal boss Arsene Wenger, Andrey Arshavin is still in his long-term plans.

The Russian international was handed his first start in three matches for their 1-1 draw with FA Cup opponents Leeds United and the Russian was booed by sections of the Emirates crowd.

“The fans were frustrated. That comes from when you don’t win,” the Arsenal manager said.

“The fans are demanding. We were not consistent technically and so they picked on our inconsistencies.

“It is not through a lack of desire with Arshavin. He wants to do well.

“He took one touch too many with his first chance and the keeper did well to save another shot he had.

“Every player during a season has strong and weaker periods and he has had a weaker period, then two or three weeks on the bench.”

Wenger continued: “I have no worries that Arshavin will come back into the team, but their confidence does suffer a little bit from that.

“We try to analyse our games in an objective way and I am lucky because our players are self critical, they analyse themselves well and they want to do well. “

Maradona To Listen To Offer From Premier League Club