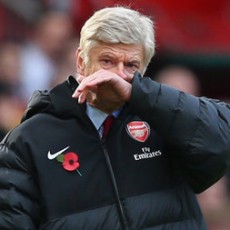 The Arsenal boss signed Mikel Arteta, Per Mertesacker, Yossi Benayoun, Andre Santos and Ju Young Park before the close of the transfer window in the days following their 8-2 loss to Manchester United.

Some suggested those additions were made as a direct result of the Gunners’ heavy defeat, but Wenger insists he did not buy in haste.

“That’s what people said, but if you look at who we bought we got Mertesacker,” the manager said.

“We were criticised a lot for that, but today who would still criticise us for that?

“We brought in Benayoun, who was very influential at the end of the season for us. We bought Santos and Park. So overall, we have not done badly. West Ham Pricing Winston Reid Out Of Move To Arsenal