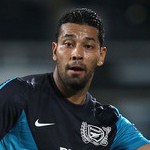 Arsenal boss Arsene Wenger has revealed that there is more to come from new left-back Andre Santos.

The capture from Fenerbahce has so far looked excellent in attack but poor in defence.

Wenger admitted: “He needs to improve on that, of course. They have a different perception of full-backs in Brazil than in Europe.

“I believe he is much better defensively than people are giving him credit for. He is still sometimes caught but, in a one-on-one, he is quite good. In the last 10 minutes at Chelsea he saved three or four goals. An important part of winning is having a full-back who creates.

“Take the Brazilian national team, the teams who have won. You will see there are always two good full-backs. With two average full-backs they would not have won. They had Alberto Carlos and Roberto Carlos, Jorginho and Cafu.” Arsenal hoping to lure Remy and Samba if QPR goes down