It has been reported that Arsenal boss Arsene Wenger was delighted with Serge Gnabry’s performance in their FA Cup win over Tottenham. 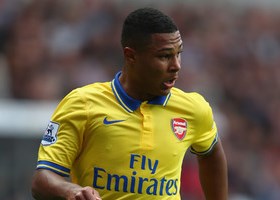 It is said that the Frenchman was pleased with the 18-year-old’s performance, hinting that it was the best he’s managed in his fledgling Arsenal career.

“He had some good games [before] but today he showed his quality,” he said. “He had a very good game today.

“He is a very young boy but he is bright and has a good football brain.

“I am a strong believer in him.”