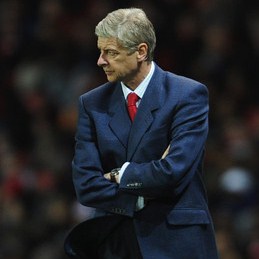 Arsenal boss Arsene Wenger was delighted with their 4-0 thumping of Wigan Athletic.

Mikel Arteta opened the scoring in the 28th minute and Thomas Vermaelen made it two a minute later, while second half goals from Gervinho and Robin van Persie accurately reflected the visitors’ dominance.

Wenger said: “Wigan started well, creating some dangerous situations and they surprised us a little bit but after that we took control of the game and never lost that control, apart from maybe a bit in the first five minutes of the second half.

“But overall we had a good team performance defensively and offensively. The confidence is there and you could feel that in the way we played today, so I can only congratulate the team. They are growing and getting better and better.” Gerrard Told Me I Was Too Good For Arsenal – Luis Suarez