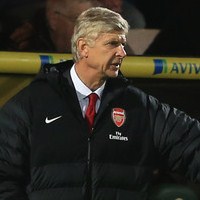 It has been reported that Arsenal boss Arsene Wenger is demanding great improvement from his players after defeat at Norwich City.

The French tactician knows Arsenal need to produce a much-improved display when they take on Schalke aiming to secure a place in the last 16 of the Champions League.

“I hope it will have a positive impact,” Wenger said.

“It was a shock to the system, but you have to give credit to Norwich because they played well, were completely committed and they deserved the win.

“There is a big difference between the amount of possession we had and the amount of chances we created, that is down to the fact that Norwich defended well and we did not create a lot.”