It has been reported that Arsenal manager Arsene Wenger has called on his players to find more of a cutting edge in the attacking third of the pitch. 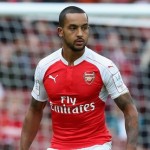 Wenger is unhappy with the Gunners’ return of only one goal in their opening three Premier League fixtures.

The Frenchman told Arsenal’s official website he expects his players to be more ruthless when they are in goal scoring positions.

“We have to play quicker, be more incisive, combine quicker in the final third and we work hard on that,” Wenger said.

“We create chances, but at the moment, we analyse well after the game the number of chances and the number of expected goals we should score with the chances we create.

“At the moment we have a little deficit between the chances we create and the number of chances we score.” Ospina, Chambers To Be Given Arsenal Opportunity In FA Cup