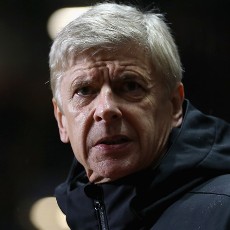 The Gunners have held a long-standing strategy of promoting teenagers through the ranks to the first team, such as Jack Wilshere and Kieran Gibbs.

However the Frenchman wants to go even further, and hopes about three quarters of future sides will be developed in-house – with a core of British talent.

The 63 year old told the Official Arsenal Magazine : “We have always produced a big number of players from within,”.

“But what we want to do is produce more local boys, which I think we are doing now.

“It’s the first time since I have been here that we have many English players in the team – or I should say British, because I include Aaron Ramsey in that. They all have the correct talent and quality.

“But the ideal model we want at Arsenal is to produce the core of the team from within our system, and then add exceptional talent from outside.”