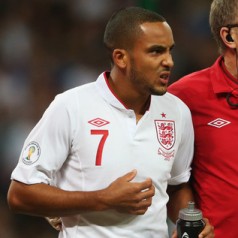 Arsenal boss Arsene Wenger has declared that he wants to keep hold of Theo Walcott.

Juventus, Liverpool and Chelsea are all being linked with a move for the 23 year old England international.

Asked about new contract talks, Wenger told arsenal.com: “They are going on but there is no news about that. The good news is that Theo had his first run today and is looking quite well so he should be back shortly.

“My determination has always been the same, to extend his contract. [Whether] other clubs are interested or not, the determination is the same.”


Aaron Ramsey Looking Forward To Be Playing Alongside Jack Wilshere