It has been reported that Arsene Wenger was disappointed that Arsenal did not finish top on the Group F table.

The Gunners lost 2-0 to Napoli at the Stadio San Paolo on Wednesday night to relinquish top spot to Borussia Dortmund who beat Marseille 2-1 in France. 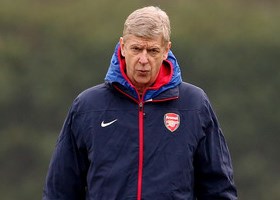 The result means Arsenal will now be drawn against Real Madrid, Paris Saint-Germain, Bayern Munich, Atletico Madrid or Barcelona in the Round of 16 which is a concern for the Frenchman.

Wenger said : “That is the frustration (not winning the group), because you feel there was room to do better, but it could have been worse as well tonight,”.

“Of course, to finish second makes the potential draw more difficult. In the last four or five years, we have had very difficult draws, so maybe this time we will be more lucky.

“But if you look at the teams who are potentially there, at least we know we will have a difficult draw.

“On the other hand, we have now qualified (from the initial group stage) for a 14th consecutive year and maybe number 14 will bring us a bit of luck.”

He added: “We will see what comes out of the draw and will assess that in February, because a lot can change on both sides, on us and the team we play against, so we need to put that to the back of our minds now and focus on the championship.”